Howdy, folks!  We’ve mentioned Downingtown, Pennsylvania’s Victory Brewing Company a number of times … here on the web site and on the podcast.

In fact, up to and including a personal visit made to the brewery by Doug Davis, they’ve quickly become a WDW Main Street Pub favorite!  Check out our coverage at …

Now, you might ask … what’s the Disney tie-in, boys?  Well, John’s Dawa Bar article gives you the biggest hint.  You can reach for “victory” at a variety of places on WDW property!

Imagine our excitement when brewery co-founder Bill Covaleski took time out of his busy schedule to join the gang in our pub!  Join them!  They discuss Victory’s great beer and awesome food at … 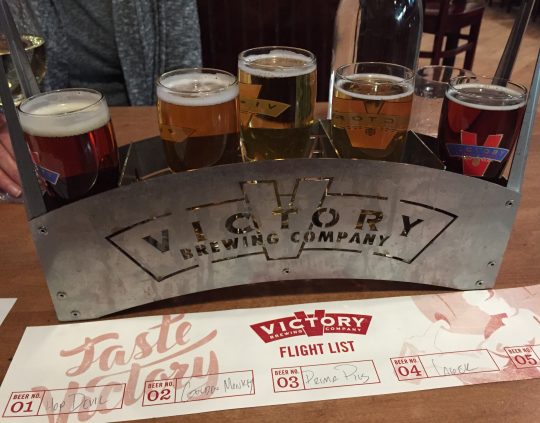