Morning, Disney-verse!  Hey!  I have a question burning on my mind this morning.  What is it, you ask?

Anyway, Disney will be closing the Magic Kingdom at 6 PM to non-partygoers – one-hour before the beginning of every Mickey’s Very Merry Christmas Party – on event nights.  The question?  Has Doug Davis gotten over that yet?

The answer is simple.  Of course, he hasn’t!  In fact, bringing up the topic is the fastest way to get him onto one of his infamous, ratings-boosting rants! 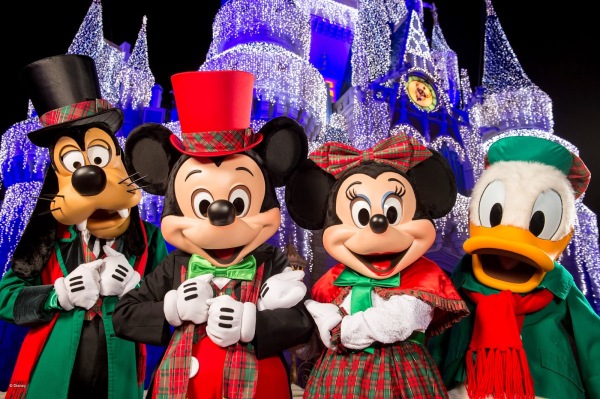 By contrast, however, in our recent poll, your votes expressed a different opinion on the topic.  What was that?

My friends, overwhelmingly (80% of the vote), you said, “I completely understand.  I don’t have a problem with Disney closing the park at 6 PM to make way for the Christmas party!”

Morale of the story?  Doug, in the spirit of Disney, we all know that Mickey’s going to have his “bash”.  We might as well grin and bear it, clear the way, and let him host his very merry Christmas party!

You know, I think I’ve finally figured out what Disney is doing.  They’re creating “Hall of Fame” candidates at a break-neck speed!

For those that don’t know, the All in WDW “Hall of Fame” was established in 2015 with the entry of the first of its two current occupants – Maelstrom.

A little over a year later, that wonderful Norwegian attraction was joined by another Epcot icon … Celtic rock band – Off Kilter (2016)!  Two family favorites, folks!

What gets an attraction, entertainment act, restaurant, bar, or any other Walt Disney World trinket into our so-called “Hall of Fame”, you might ask?  Well, first, it has to be “retired” by Disney.  Second, it has to have left the All in WDW family with tons of very fond memories.

In Maelstrom’s case, it was a must-do ride that we dearly loved and sorely miss.  As for Off Kilter, its memory calls back many enjoyable strolls around World Showcase – walks made pleasurable as the band’s upbeat music wafted over the lagoon.

Then, there’s Wishes Nighttime Spectacular.  Oh, Wishes.  I’ve mentioned this before, on the WDW Main Street Podcast, but Mrs. All in WDW and I kept an apartment in Windermere – just North of the Magic Kingdom – for two years.  Sadly, we gave it up last Labor Day.

The importance of that little fact is that our balcony faced the Magic Kingdom.  Oh, we couldn’t see the park, per se, but we could see the very top spire on Cinderella Castle!  We could also view Wishes every night we were in Orlando, if we liked.

One of our favorite things to do was to sit on our balcony – just Mrs. All in WDW and I – and push play on the Wishes soundtrack at just the right moment.  It was our own personal, private viewing area.

We have countless memories of viewing Wishes, HalloWishes, and Holiday Wishes with friends and family.  We witnessed extravaganzas on both the 4th of July and New Year’s Eve each year we “lived” there.

That, everyone, is what I call leaving the All in WDW family with tons of very fond memories.  And, the attraction is retired, yes?  So … Wishes Nighttime Spectacular?  Welcome to the All in WDW “Hall of Fame”!  You are the “Class of 2017”!

Now, after all that, let’s close by popping back to the polls we ran a week or so back.  First, I asked you … have you seen Wishes’ replacement – ‘Happily Ever After’?  68% of the respondents said, “Yes”!

I, then, dug further and asked, which [of Wishes or Happily] do you like the best?  With 74% of the vote, you overwhelmingly supported the Magic Kingdom’s new show.  Great job, Disney!  It looks like you’ve got yet another winner on your hands!

Good Monday, everyone!  For those of you here in the States, let me extend you an early Happy 4th of July!  Stay safe, all!

Before I move on, have you VOTED in this past weekend’s polls?  Click the links below to do so.  Time is running out!

How Would YOU Rank World Showcase’s Pavilions?

On to today’s business, eh?  Well, we expected it, didn’t we?  In fact, every WDW Main Street Podcast fan knew what was coming.

Last week, the news dropped that Disney will close the Magic Kingdom at 6 PM to non-partygoers – one-hour before the beginning of every Mickey’s Very Merry Christmas Party – on event nights.

OK.  So, that revelation was destined to get at least one podcast host all charged up!  And … it did.

A long-time burr under Doug’s saddle, he has emphatically maintained that closing Mickey’s kingdom in benefit to those that have purchased party tickets is unfair to WDW’s other Guests.

Hmm.  The party-goers did fork out a ton of cash (nearly $100 per person, actually!) for that privilege, didn’t they?  Don’t they deserve the exclusivity?

Truthfully, Doug’s point can be best-described like this … his next visit to The World comes in December.  Of the six nights he and his wife are staying, four of them are home to a Christmas party.  Four!

Bad timing?  Maybe.  But, the truth is, he scheduled his vacation long ago.  Now, he finds out he can’t go to the Magic Kingdom two-thirds of his evenings?

What if he had already scheduled an ADR for Be Our Guest for one of those nights?  Would they unceremoniously escort him out with a “doggie bag”?  Would he have to cancel the reservation?

This truly is a bit of a hot issue, folks.  Should Disney close the park in order to separate the “privileged” from the masses?  Or, are they “out of bounds”?  Let us know what you think – with your comments on social media and – in the poll below!

Good morning, folks!  Did you register your opinions on yesterday’s post?  How would you rank World Showcase’s pavilions?  Go back and weigh in – before it’s too late!

In the meantime, I have another burning Epcot item to address.  In fact, I want to settle this emotionally-charged, superhot issue once and for all!

A few days ago, we learned that Siemens will be ending their sponsorship agreement with Disney Parks.  That raises several questions.  Like, what does this mean for Spaceship Earth?  Or, what happens to IllumiNations? 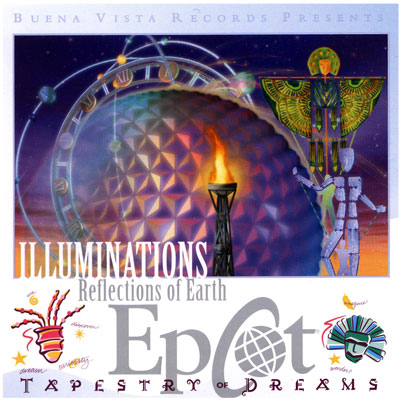 We’ll come back to Spaceship Earth – and the rest of the rumored re-imaginations of Epcot – at a later time.  For now, let’s focus on Illuminations.

Catch WDW Main Street Podcast – Episode #370 – Our Weekly News! to hear what the group thinks of the rumored big changes coming to Epcot!

A little over a year ago, I ran a similar poll to the one you’ll find below.  It concluded with, what I would call, mixed results.  Today, I’m going to be much more direct and blunt with my “challenge”.

My friends?  IllumiNations: Reflections of Earth.  Retain?  Or, Replace?  Cast your VOTE but also give us your thoughts.  You can leave them, here, in the comments on this post or on social media.  Do you want to replace?  Then, please tell us why!

Good morning, folks!  Magic Kingdom’s new nighttime spectacular – ‘Happily Ever After’ – has been up and running (and delighting Guests) for weeks now.

In fact, a close friend of mine got the chance to experience the show over Memorial Day weekend, and she shared that she absolutely loved, loved, loved it!

Disney advertises that this new attraction “… combines the magic of Disney storytelling, beloved Disney characters, fireworks and more.”  In addition, it includes an “… incredible original score.”

Like us, if you haven’t been able to catch the show, check out this full YouTube presentation – presented by The DIS.  How do you think it compares to its predecessor – Wishes!?

In the meantime, check out this post on Disney Parks Blog.  Commemorative merchandise is now available, my friends!  Are you going to buy yourself some gear?!