Sometimes it pays to have a little bit of insomnia!  I decided to pop by Walt Disney World’s web site very early this morning, and this is the “treasure” I found:

The watermelon salad is very refreshing.  The shrimp and stone ground grits were one of the best in the show last year … as far as we were concerned. 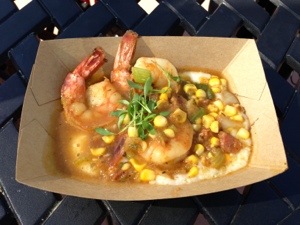 The hand roll and sushi intrigue me.  The “Frushi” was a popular pick in 2013.

Liking the sound of that marinated pork.  Did I ever tell you I like to marinate my pork in Woodford Reserve bourbon?  No?  Well, that’s a story for another day.

Did someone say, “Duck confit?”

Forida’s, aforementioned, shrimp and stone ground grits finished at #4 in our Final Top 20 last year.  China’s spring pancake finished at #3.  They are outstanding! 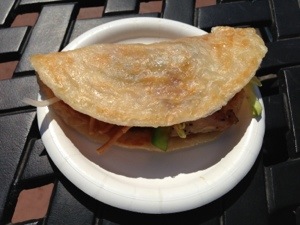 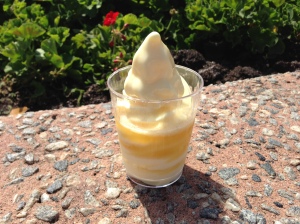 Oh, I hope the manicotti can rival Food & Wine’s ravioli!

The kebab has a chance with me.  What is a brewat roll?

I cannot wait to try a ghost-pepper dusted anything!  This has got to be spicy! 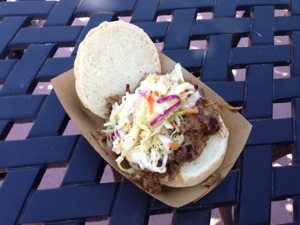 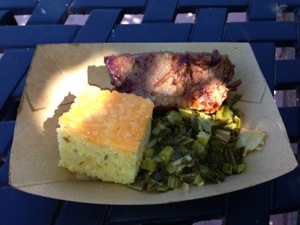 It took us two tastings before the cheddar cheese biscuit grew on us in 2013.  I’m looking forward to the pork and apple sausage roll. 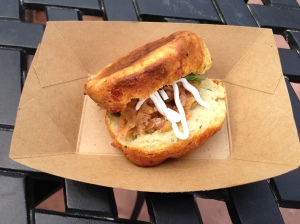 THERE you have it!  We waited, and waited … and, then, we waited some more!  But, they’re HERE!!  For the full layout, visit Walt Disney World’s page dedicated to the Outdoor Kitchens at the 2014 Epcot® International Flower & Garden Festival.

In the meantime, here’s a few of my initial thoughts …

I am very pleased.  Four of All in WDW’s 2013 Top 5 are returning for an encore this year!

I am going to miss the U.K.’s baked goat’s brie with kumquat chutney.  It was, surprisingly, phenomenal.  Will Florida Fresh’s kumquat pie be an adequate replacement?  We will see.

I’m surprised that Germany has been left out of the “mix” this year.  Even though it still wasn’t among the best, their “Food” & Garden offering in 2013 impressed me much more than anything they’ve put forth for Food & Wine!