So, back to my question … did you catch yesterday’s posts?  No?  Well, then, don’t worry.  It’s time for you to get caught up.  Here’s what you missed!

Mrs. All in WDW and I invaded Epcot’s World Showcase with a ten-item menu in hand.  What was our Pre-Festival Top 10?

So, also yesterday, I revealed our thoughts (or, mainly my thoughts) as to the quality of the first five items we tackled off of our menu.

If you didn’t catch the pictures and comments, well, here they are!

As usual, Mexico really delivered.  Crispy shrimp.  Honestly, I wish the dish was slightly bigger, but it is very good, nonetheless. 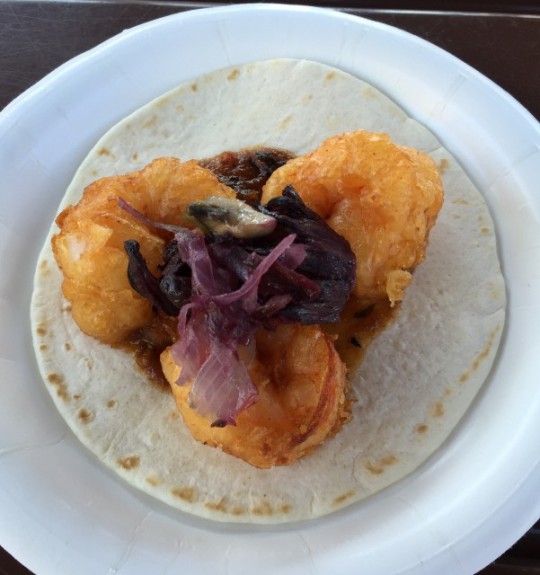 If I had one critique, I’d switch back to the spicy mayo that has been served in previous festivals.  This year’s “habanero sauce”, oddly, had very little “zing”. 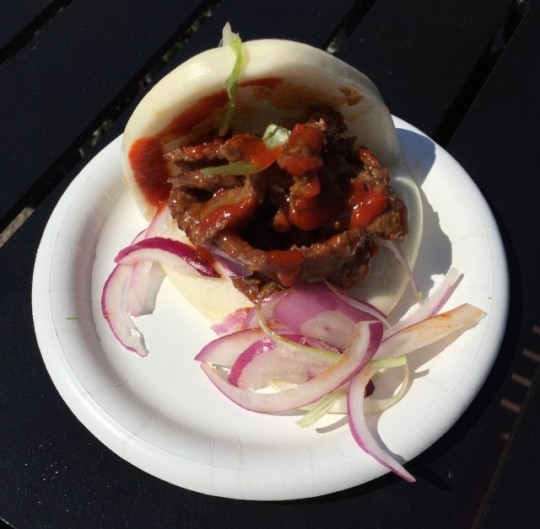 In fact, I will go a step further.  This dish could be the Festival’s “winner”!  Way to go, chefs!

La Isla Fresca’s Jamaican-braised Beef was pretty good!  Frankly, I liked it.  It was fork tender and flavorful.  Mrs. All in WDW, on the other hand, could take it or leave it.

In the end, I felt it tasted great, but I was left wishing for more.  There’s less beef there than it looks.

Some dishes are a symphony of flavors.  Some just don’t work at all.  We found this item to be odd, unusual, and way too sweet.

In fact, we’d suggest that you pass on Cider House’s corned beef.  Instead, sample their Cheddar Cheese Biscuit with Smoked Salmon Tartare.

Too little beef and way too many noodles.  Also, the beef was too sweet.  And, the noodles were much too soft.

Honestly, I was looking (hoping) for something along the lines of a Kona Cafe’ “Pan-Asian Noodles with Beef”.  I got nothing of the sort.

That covers Day #1, folks.  Next up?  Check back in a few hours as the food pics start flowing once again!  Five more masterpieces to eat!