What a week, eh, folks!  Re-imagineering.  Trivia.  Nostalgic ride-through videos.  And, who was, more or less, at the center of all of it?  Buzz!  What a “hyperactive” Space Ranger, he is!

Before we move on to revealing Buzz’s re-imagined “fate”, if you haven’t participated in this week’s frivolity, please stop back and join in at:

Having said all of that, today, I’d like to pass along the answers to our trivia questions.  How well do you know Buzz?  Let’s see!

Trivia #1:  Magic Kingdom’s Space Ranger Spin officially opened on November 3, 1998.  So far, that has been your second-most popular answer.

Trivia #2:  Buzz Lightyear’s Space Ranger Spin replaced Take Flight.  The most popular response received was Delta Dreamflight, but, in reality, that popular version of this dark ride was actually followed by both Dreamflight and Take Flight.

Trivia #3:  In the rides, Evil Emperor Zurg is attempting to steal Crystallic Fusion Cells … or batteries!  The majority of you got that one right, although Power Discs was a popular response as well. 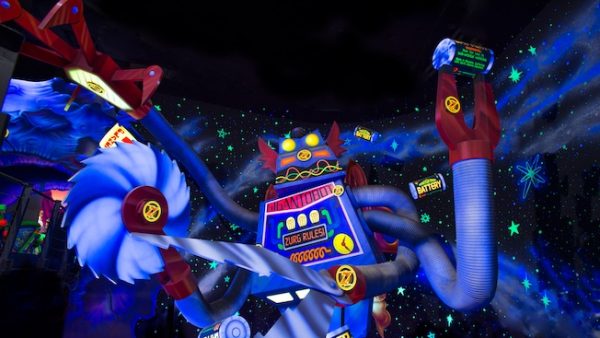 Trivia #4:  Even though all share the same plot and major characters, the rides are named differently across Disney’s parks world-wide.  Buzz Lightyear Astro Blasters was the name used twice.

In fact, Both Disneyland and Hong Kong Disneyland offered their guests rides on Buzz Lightyear Astro Blasters!  Most of you “scored” on this one too.  Great job!

Trivia #5:  In 2017, Disney closed the aforementioned Hong Kong Disneyland’s Buzz Lightyear Astro Blasters.  It is currently being replaced by a ride themed after the Marvel character … Ant-Man?  Really?  Like me, most of you were hoping for an Iron Man attraction.

Finally, I asked you to register your opinion – of Buzz and its various predecessors, your favorite is unquestionably Buzz Lightyear’s Space Ranger Spin itself!  What a landslide!

Stop back tomorrow, my friends, and we’ll render your decision.  Rehabilitate?  Eliminate?  What say you?  We’ll discuss your verdict … as well as cover your comments!

It certainly has been “Buzz Lightyear Week” this week, hasn’t it, my friends?  We’ll wrap up our Space Ranger Spin activities tomorrow, but in the meantime, let me divert your attention a bit.

Where to, you ask?  One of the comments we received as we’ve been voting to decide Buzz’s re-imagined fate was, “Bring back Dreamflight!”

That got me to thinking.  Mrs. All in WDW and I never had the fortune to experience either version of the Dreamflight attraction.  Well, thank goodness for ResortTV1!

Yes, my friends, courtesy of Josh and Jenna, take a few short minutes to enjoy one of Buzz’s predecessors – take a “Dreamflight” at Disney.  Delta Dreamflight!

Click the links in ‘red”, above, to go back and vote in the re-imagination and trivia polls.  Then, click the picture, below, to watch ResortTV1’s ride-through video!  Have a great Friday, folks! 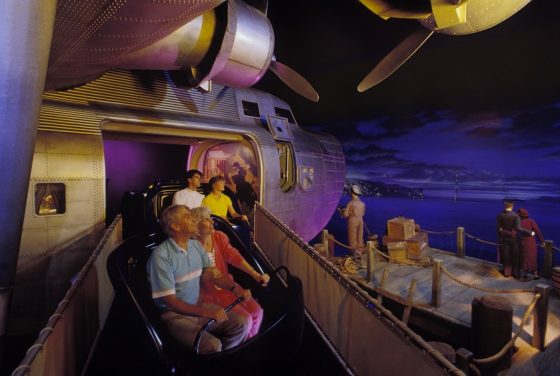