Quoting Disney themselves, “Kuamsha means ‘awakening’ in Swahili, and what better way to ‘awaken’ than with a delicious breakfast at Sanaa at Disney’s Animal Kingdom Lodge? 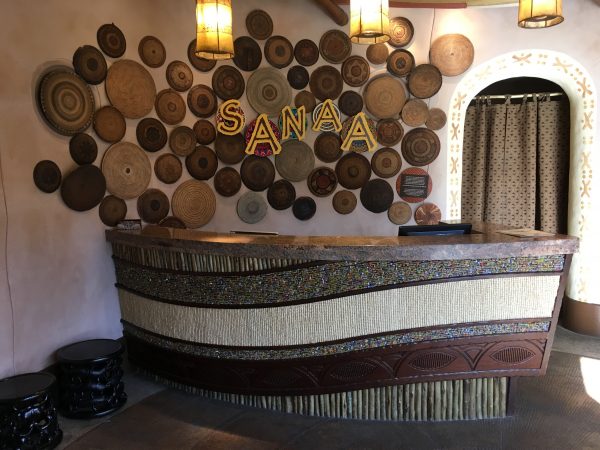 A new casual quick service dining experience is available from 7 to 10 AM, where guests can get made-to-order breakfast while taking in a view of the sweeping savannah.”

Personally, I can’t think of many things better than dining – at any time of the day – with zebras and giraffes strolling by “my” window!

As you might expect from a restaurant renowned for African cooking with Indian flavors, Sanaa’s Kuamsha breakfast isn’t comprised of everyday Disney fare. 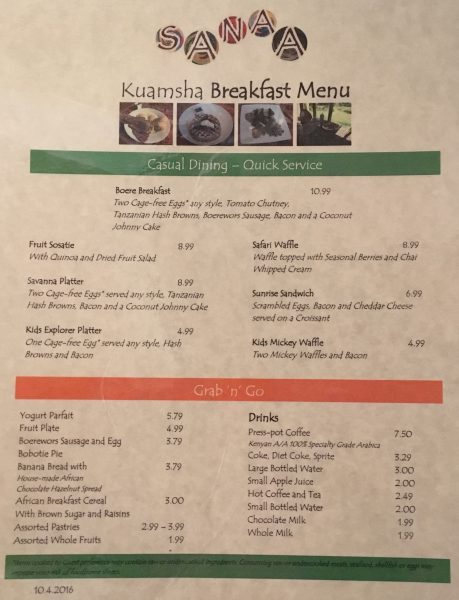 How so?  Well, starting with the popular Boere Breakfast, you’ll see ingredients like Tomato Chutney on the menu.  It’s the very same condiment served the restaurant’s Indian bread service, folks!

For me, I’d have to be adventurous.  My eyes are locked on that Boere Breakfast.  It includes a little bit of everything!  Add some Press-pot Coffee, and I’d be great!

What about you?  Does Sanaa’s Kuamsha Breakfast intrigue you?  Let us know in the poll below!  Then, afterwards, check out the giraffe!

What a graceful beast!

Are you anxiously awaiting 2014’s Food & Wine menus?  As you wait, check out this Disney Parks Blog post by Pam Brandon.

Complete with the recipe for Patagonia’s Verlasso Salmon, Pam tells us that this year’s Epcot cookbook will be a “Triple Threat” of tasty delights!

Then, keep stopping back to visit All in WDW today!  Maybe today will be the lucky day!  You want to see the full marketplace menus?  We’ll post ’em as soon as we can!

Now, onto that salmon … 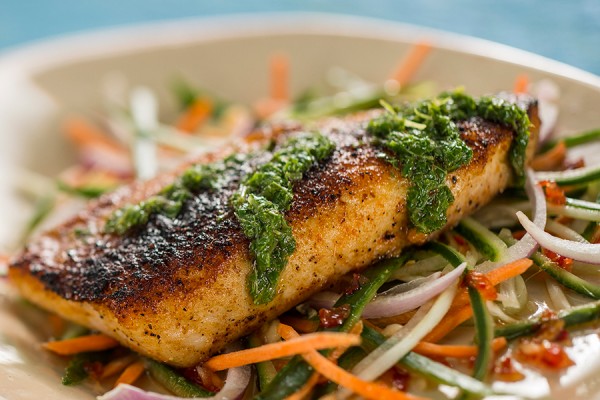 For the rest of the recipe, visit Pam’s post at this link!

Hello, from the Great Atlanta “Snow-mageddon” event of 2014!  These are the days where I’m glad I live so close to the office.  Er, I live across the street from the office!

Do you know what I forgot to tell you the other day?  No?

When I announced the winner of this year’s Favorite Animal Kingdom Attraction poll, I should have reminded you that the competition’s Final Four will return in April. 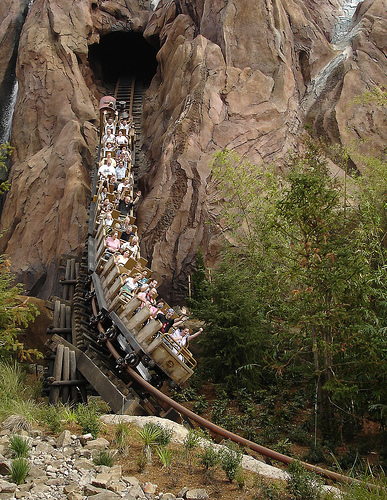 Yes, they will come back to challenge for the title of All in WDW Readers’ Favorite WDW Attraction!  Check back around the time of the NCAA’s March Madness Final Four!

In the meantime, we still have Epcot and Disney’s Magic Kingdom to tackle!  Catch those tourneys in February and March!  Hey, have you seen All in WDW’s poll “schedule” for 2014?  If not, here it is!  Download it if you like!

One of my favorite outcomes from this year’s polls is our Top 10 lists.  They come in handy as I often get asked things like, “What resorts do you recommend?” Or, “What attractions should I go on?”

We’ve only completed a few Top 10’s, but I pass them out to a lot of WDW “newbies”.  It gives them a place to start.  I can’t wait for us to build a collection of them.

Having said that, I present the All in WDW Readers’ Disney’s Animal Kingdom Top 10 Favorite Attractions!  As always, the Top 4 come straight out of the results of our finale.  The remaining attractions are recorded in order of their cumulative vote totals for the entire “competition”.

Let’s see a show of hands.  How many of you stop back time and time again on “finale day” to see what attraction, restaurant, or resort is in the lead of that week’s particular poll?

If you raised your “paw”, then accept my thanks!  Wasn’t yesterday a wild ride befitting a wild animal kingdom?

If you’re one of the family that doesn’t check out our progress throughout the last day of voting, try it next time.  Yesterday was a one-on-one war for survival with multiple lead changes and, for the second straight year, a very slim margin of victory.

In 2013, Everest bested Kilimanjaro by a single, solitary vote.  It prompted me to say, “Epic!  What a battle!  Thrill ride versus an attraction that might just as well be the signature of Disney’s Animal Kingdom.”

Don’t get me wrong.  I love to streak backwards, in the dark, through mountain passages, while chased by a big, furry beast.  Several times, in fact.  What a rush!

But, like I said after last year’s tournament, “[f]or me, Kilimanjaro Safaris Expedition was the choice.  I love Everest, but, Safaris is the attraction that tells me I’m in the Animal Kingdom.”

From rhinos to lions, elephants to hippos, and my beloved zebras and giraffes, you just don’t know you’re in the Animal Kingdom until you get bounced across the Harambe Wildlife Reserve.

Congratulations, Yeti!  By a margin of merely four votes, you have done it again!  You are still the All in WDW Readers’ Favorite Disney’s Animal Kingdom Attraction!