Wow!  Talk about split decisions.  By a pretty slim margin, you want Swiss Family Treehouse to live on … as long as Disney gives it a “facelift” of some kind.

Frankly, I’m quite surprised.  I was certain you’d be ready for a change!

At 37 to 30, the vote was razor close, that’s for sure.  However, the comments that I saw expressed much more affection for this Magic Kingdom original than I ever expected.

For my part, I’d have to say that my vote is definitely to … eliminate.  Why?  Well, I already mentioned that the movie came out in 1960.  It’s quite dated, now.

Hey, I’m not going to say the film wasn’t worthy of commemoration in the parks … way back then.  Here and now, though, I consider the attraction a candidate to be replaced by something new.

Are you sure you wouldn’t like to see something fresh, my friends?  No?

Personally, for me, this tree was a “one and done”.  We experienced it for the first time several years ago and, then, never went back.

When it comes to a re-imagineering plan, my task will be a little bit tricky.  After all, the Treehouse doesn’t take up all that much space in Adventureland.

With not much room to go “sideways”, my best choice for re-design might be to go “up”.  Wait!  That’s it!

Yes, my friends, I have mentioned this before – mainly in conversations regarding Disney’s Hollywood Studios – but, possibly, this particular piece of Magic Kingdom real estate would be a perfect place to pay tribute to Pixar’s Up! 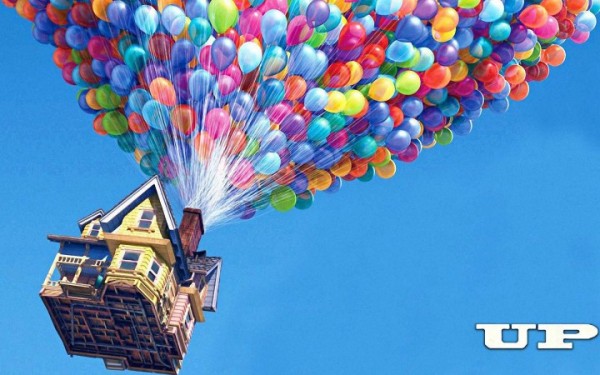 Think of Characters in Flight in Disney Springs.  Visualize a ride vehicle in the shape of Carl’s house.  Imagine the views of Walt Disney World’s flagship park from way, way above!

How will the surrounding area be themed?  Why, as the wilds of South America, of course!  That is where Carl wanted to go so badly, right?  Let’s let him!

Up was released back in 2009.  What better way to update a space filled by an old and should-be-retired attraction?  It would be a great tribute to this more-current movie, that’s for sure.  Plus, it would bring some more Pixar to the parks!

So, what do you think of my “project plan”, folks?  Should we Execute?  Or, should we just toss the concept in the trash?  Let me know!  I want to hear your opinions!