Well, I know one thing for sure.  When it comes to DinoLand U.S.A., we do not want to “Leave it Alone”!  In fact, like the WDW Main Street Podcast crew, almost 40% of us want to “Eliminate” it entirely!

In total, over 90% of our respondents want to, at the very least, “Rehabilitate” this themed land.  A bit of a stunning result, this fact will disappoint some.  Notably, those that posted comments such as … 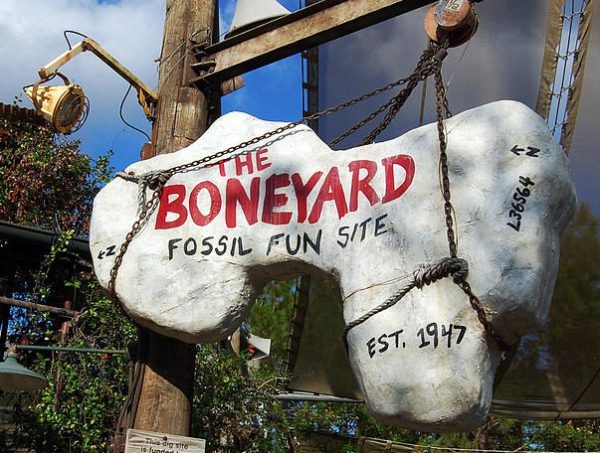 Of course, there was this counterpoint … ‘To everyone saying to leave it because their kids love it, do you think kids wouldn’t love something well themed?  Storybook Circus in Fantasyland is really well done, and, I assume, beloved by small children.’  An honest question, I would say.

Other Dino fans quoted the land’s backstory … ‘I didn’t like it until I read the backstory. Now, I think it’s cute. I’d be sad to see it go away!’ And, ‘If they made the backstory more obvious, I can see how it would be more appealing.’

What is that backstory, you ask?  Check out this link.  It’s an interesting read!

In spite of this tale, however, much of your feedback took a different tone …

‘Eliminate. Unless they could rehabilitate it into something less nightmarishly garish and tacky.’

‘Eliminate.  Do something with Tarzan, Up, Dalmations, or Pocahontas.’

‘Eliminate!  The least Disney part of any Disney Park.  Don’t hate it, but it just seems so out of place with the vibe of Disney and specifically the Animal Kingdom.’

‘I’ve always thought they should have an Australia section in the Animal Kingdom.  Think of all the unique animals they have there.  DinoLand should go.  It doesn’t really fit in.’

‘I’ll be honest … I really despise this area.  I was just forced to be in it yesterday.  It is just not Disney to me.  I’m OK with kiddy rides, but the theming is awful.’

‘Eliminate.  Too much space for cheap rides.  I know they are supposed to be cheap.  I know the story.  I just think it could be better used.’

‘I feel like it doesn’t fit in with the rest of the park.  The whole Dino area, including Dinosaur, seems old and out-dated.’

‘I don’t make the connection.  It’s like an old-school carnival.  Maybe keep Dinosaur but not that whole area.’

‘Lose the old-school carnival theme, and make it more of a serious dinosaur exhibit area.’

‘It’s cute, but I never thought it fit at WDW.  It’s like a carnival.  Walt hated carnivals.  He wanted his parks to be the opposite of carnivals.’

‘Get rid of it.  Why would any of this be sacred … given Disney’s penchant for doing away with beloved rides.’

‘Eliminate.  As a first timer, I was stunned to see carny rides at Walt Disney World.  I didn’t pay a ton of cash for my son to play in a carnival.  He can do that at any of the carnivals over the summer … here at home!’

Well, there you have it, folks.  Once again, you have spoken.  Eliminate or rehabilitate … it really doesn’t matter.  In its current form, DinoLand U.S.A. doesn’t pass your approval.  What replaces it? Only time will tell!  Hey!  It’s gotta be next on Disney’s hit list, no?