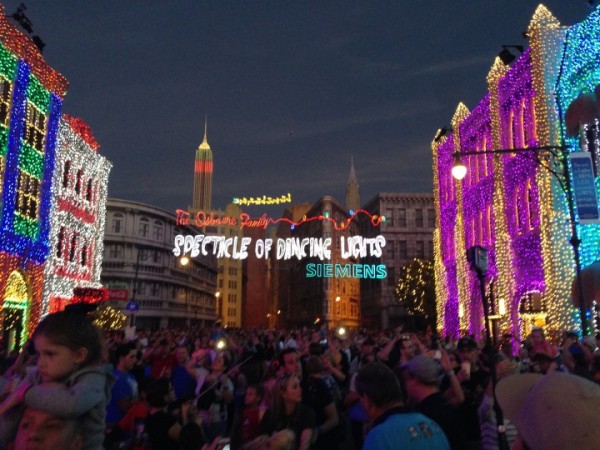 I have to admit … I was really curious to see how Elsa and Anna would fare in one of our Readers’ Favorites competitions.

You’ll notice that I slotted For the First Time in Forever: A Frozen Sing-Along Celebration in place of the, now retired, Studio Backlot Tour.  It promptly got crushed.  Sorry, girls.

And, assuming Disney remakes Hollywood Studios into something completely different from what we know and love today, what do we do with the remaining cast-offs from yesterday’s polls?  Here are some ideas …

Indiana Jones Epic Stunt Spectacular! – Eliminate it altogether.  According to yesterday’s voting, only a handful of people will miss it.  Or … put it in Animal Kingdom!

Walt Disney: One Man’s Dream and The Magic of Disney Animation – Relocate them to Magic Kingdom and fit them onto Main Street, U.S.A.  I mean, really, how many stores does Main Street need anyway?

Lights, Motors, Action! Extreme Stunt Show – Eliminate it, or re-imagine it as a Cars “stunt show” attraction in a Hollywood Studios Pixar Place.

Beauty and the Beast – Live on Stage and Voyage of The Little Mermaid – Fantasyland in Magic Kingdom seems like a likely spot for both of these … to me, at least.  There is a castle and an undersea adventure there that they seem to fit in with.

Jedi Training Academy – Keep it in “Star Wars Land” but re-imagine it entirely to be much-more immersive and something more inclusive of adults.

Two groups today, of course, but you have the same job as yesterday.  VOTE for ONE in each group.  The Top 2 in each group will comprise our Final Four combatants!

Before you say it … NEITHER of these choices will be easy.  Go ahead, my friends!  Vote!!