What a fantastic “tournament”!  You know, unless you’re “Geekin’ on All in WDW Poll Results”, you don’t see some of the things that I do.

Listen to me on the “Geekin’ on WDW” Podcast.  We chat about Deluxe resorts!

For example, are you aware of which resort led this “competition” in total votes received as we entered yesterday’s finale?  The Polynesian, you say?  Uh, no.

As I followed your votes this week, I had the pleasure of wondering if this was going to be the year that Crescent Lake’s Beach Club finally toppled its nemesis.

After all, it entered the finale with a two-round, 11 vote lead over WDW’s South Pacific paradise.  What a shock!  Why?

Well, the Beach Club led this year’s “competition” all week long.  Yesterday, the Polynesian Village made a run, even tying it up at one point, but it wasn’t nearly enough. 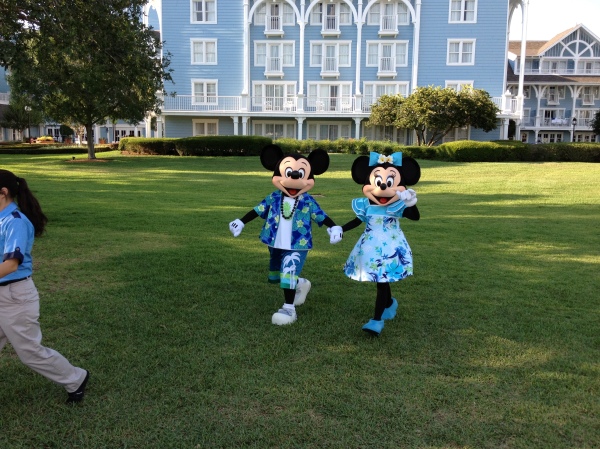 Mickey and Minnie love the Beach Club too!

Great week, fans!  Thanks for all your support and votes.  You’ve selected a new “champ”!  You’ve set a great Top 10.  Fabulous work!