Hi, everyone!  Recently, I heard reports of Canada’s infamous Cheddar Cheese Soup being available not only at Le Cellier and during Epcot’s annual Food & Wine festival but also at World Showcase’s Refreshment Port!  I had to verify this rumor first-hand!

Situated at the front of World Showcase, the Refreshment Port is the little Counter Service location on your right-hand side as you approach Canada.  And, yes, at $4.19, they do carry Canadian Cheddar Cheese Soup! 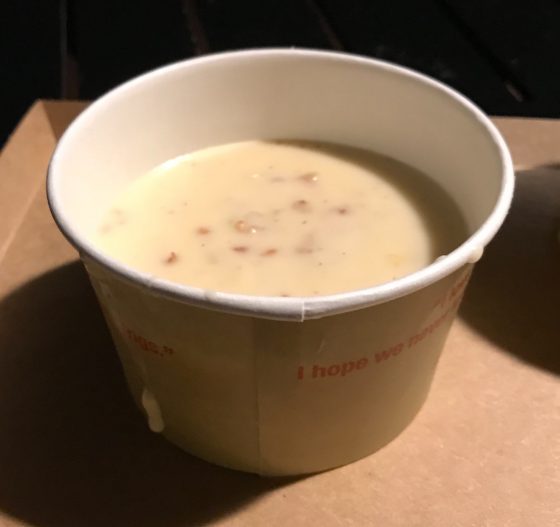 I was happy to find that the soup is identical to the one I’ve had inside Le Cellier.  It was creamy, cheesy, and full of the bacon flavor you’d be expecting.  I tried it twice … once by itself and once served with this little restaurant’s Poutine! 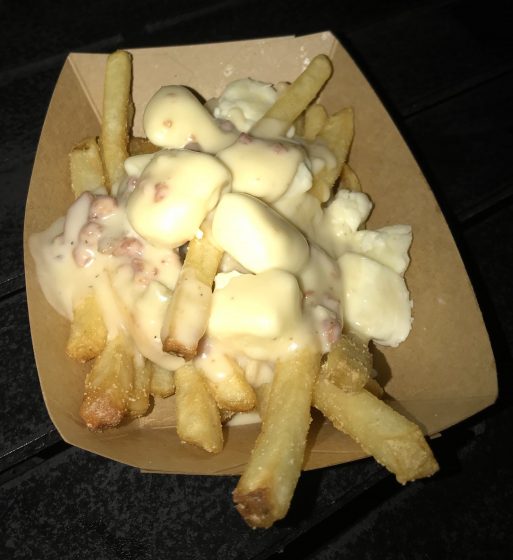 Here’s a tip … for the instance during which I tried the soup by itself, I had the forethought to bring a Mickey Pretzel over from the snack stand by The Land pavilion.  It turned out to be a great idea!  The pretzel and the soup were a fantastic combo!

Oh.  One last thing … both the soup and the poutine are snack credits on the Disney Dining Plan!  How about that?  Highly recommended dining options, these two, let me tell you!

One of my favorite things about Epcot, and actually all of Walt Disney World, is its great variety of food and drink.  As Beersolo, I, of course, prefer … beer! 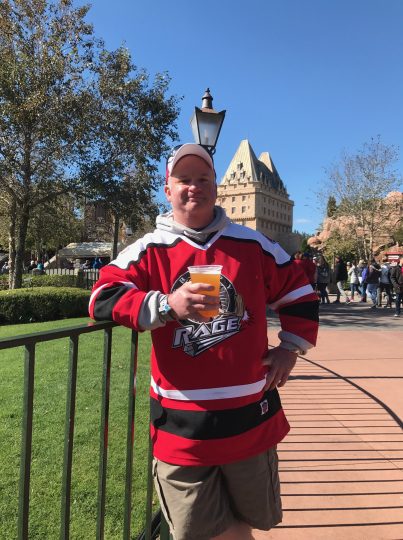 To that topic, we are going to start a series on some of my favorites!  The first beer we’re going to look at is the WDW Main Street Podcast’s “official” brew – La Fin du Monde.

This beer is available several places in Walt Disney World.  These include … 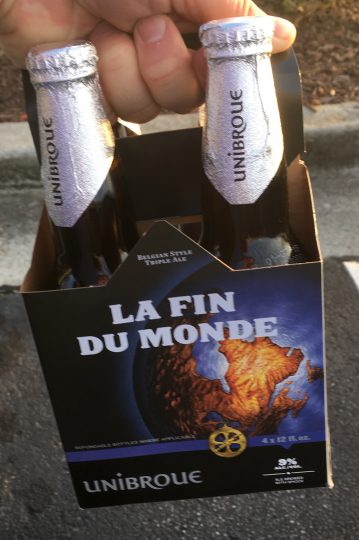 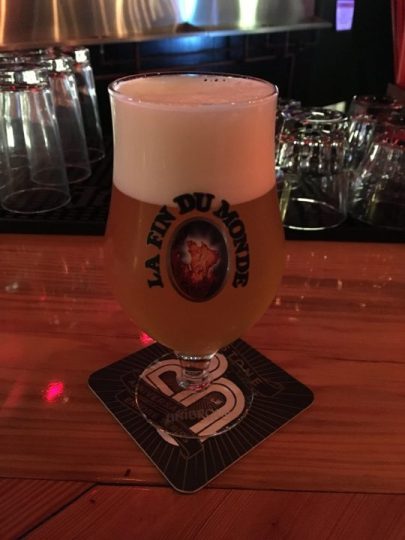 Made by Quebec’s Unibroue, La Fin is a strong beer (9% abv), so be forewarned.  A triple-style golden ale, the beer is pretty yeast forward and has a slight floral aftertaste.

It’s one of my absolute favorites.  Try it!  Cheers!

Good Monday, my friends!  Yes, Monday is here again.  Too bad, isn’t it?  Well, Christmas break is approaching quickly.  I hope you get some well-earned time off.

Let’s see a show of hands.  How many, here, have stepped into the United Kingdom’s Sportsman’s Shoppe in Epcot?  Have you seen all of the Rose & Crown merchandise they offer?

Well, Canada’s Northwest Mercantile is getting into the restaurant merchandise “game”.  Yes, folks.  If you’re a rabid fan of Le Cellier Steakhouse, your prayers have been answered!

Many thanks go out to our podcast partner, John Peters, for supplying this small taste of what Canada has to offer.  Do you love Le Cellier’s filet?  Then, maybe you’ll adore their “merch”! 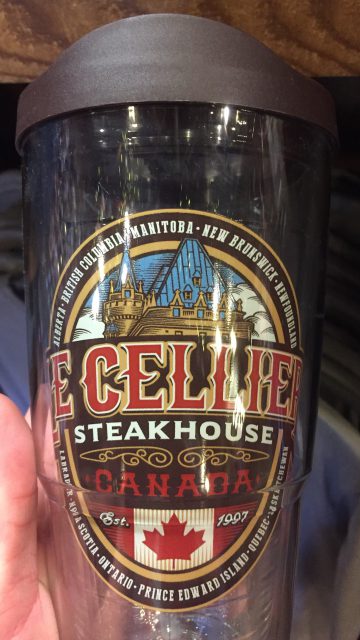 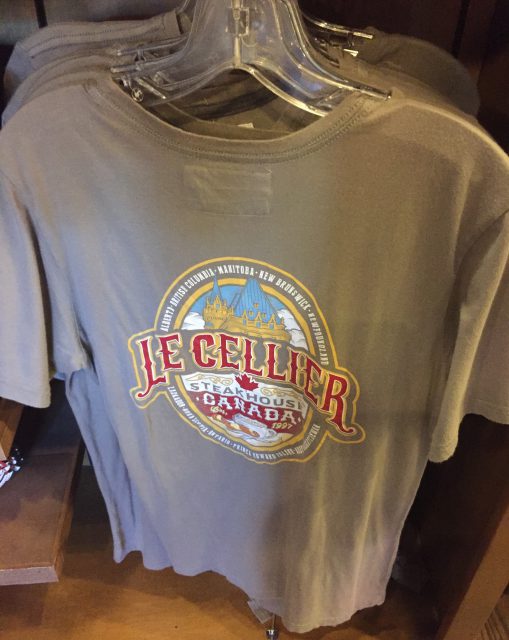 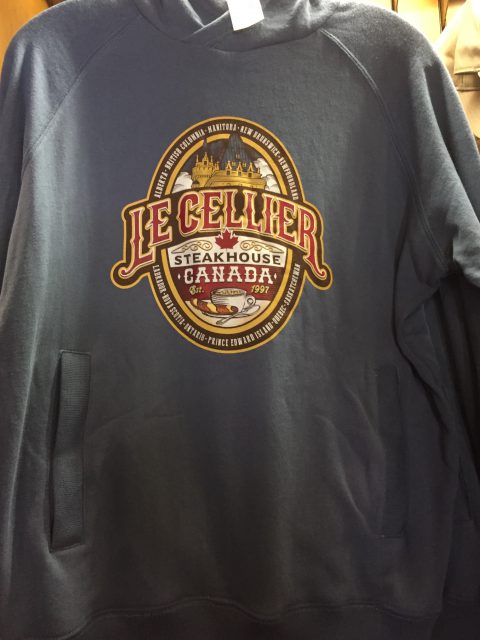 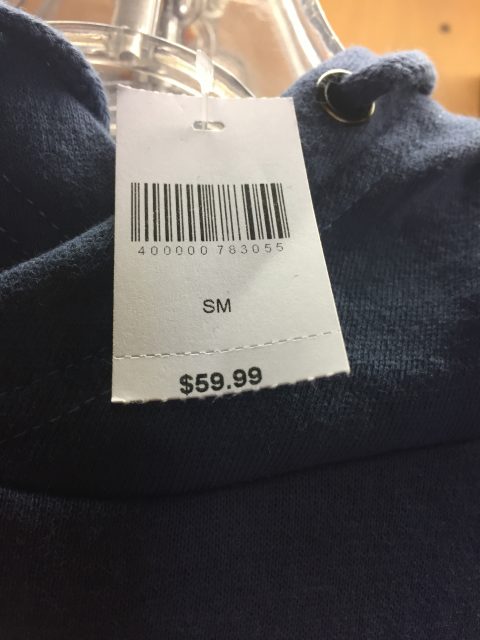 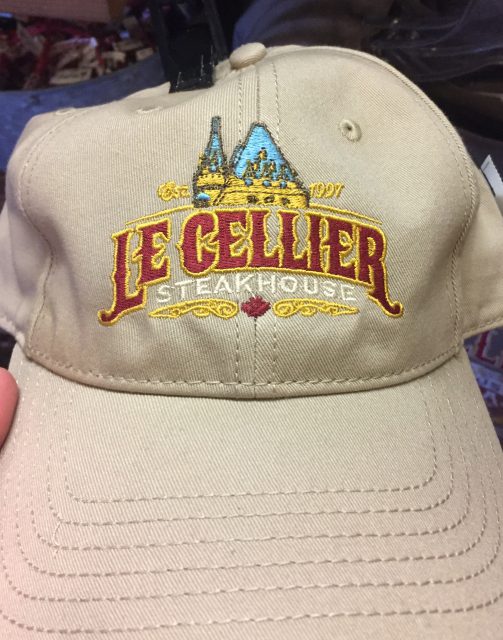 Canada is bursting with sound this holiday season!  And, thankfully, it’s not the painful buzz of chainsaws.

I don’t know if Epcot’s hapless lumberjacks will make their return after the holiday season has said its “Good-Byes”, but, for now, it’s really great to hear music on The Mill Stage once again.

Welcome, Canadian Holiday Voyageurs! We are SO glad to see, and hear, you! 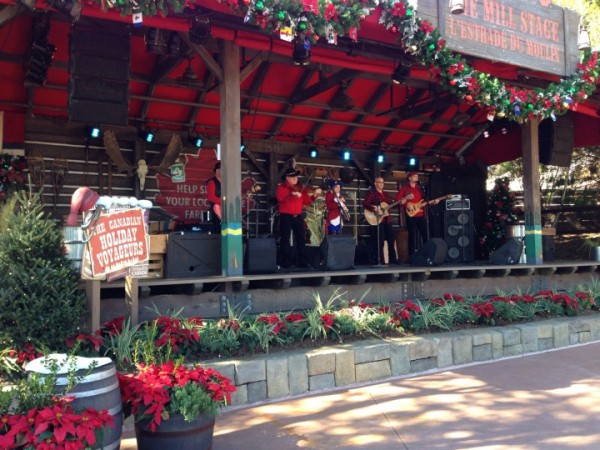