My tour through Epcot’s 2015 “Food” & Garden cuisine is, pretty much, at an end.  I hope yours is just beginning!  Plan a trip!  There’s so much festival time left!

Click on the dish’s name to see my actual “Flash Reports”!

Where did we leave off? Oh, yeah …

I do love my sushi.  A simple dish, I felt the portion size was a bit small for sharing.  Having said that, even though I would have preferred tuna, this was quite enjoyable.

A very refreshing item!  The seafood – shrimp, scallop, and grouper – was very fresh.  The veggies were perfectly crisp.

The best part of this recipe was the proportion of protein to vegetable.  What I mean is that the veggies, as they should, let the seafood be the “star”.

Once again, for me, the corn tortilla tarnishes this taco.  The pork, itself, was very tasty … even if my particular serving was a bit on the cold side. 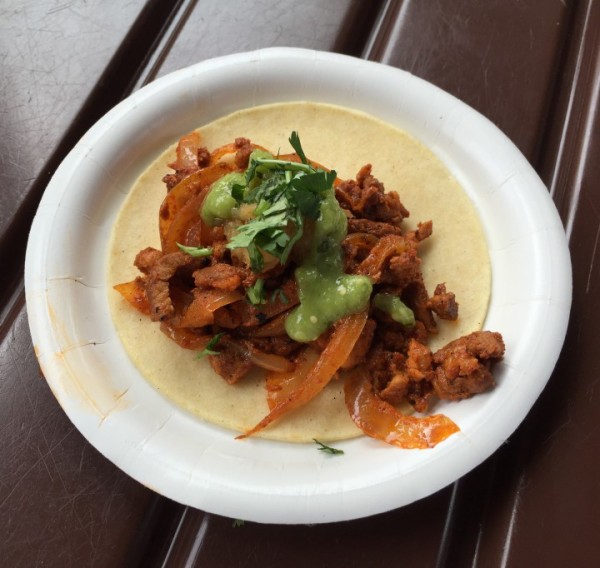 Construct this dish with a flour tortilla, and I’d be “all in”!

Yes, unranked coming in, this item was amongst Epcot’s biggest “Food” & Garden surprises. At least to me, that is. 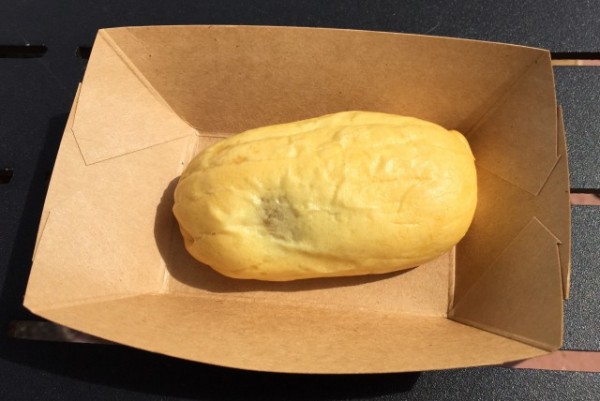 I was frightened off of this recipe because I just didn’t like the overly-sweet Teriyaki Chicken Steamed Bun that Japan served at last Fall’s Food & Wine.

As a result, I only sampled this delight at the urging of WDW Main Street’s Dennis Conroy.  Great call, Dennis.  It was quite good!

Because it lacks a centerpiece protein, I always underestimate this dish.  As a result, it often lands in the bottom of my Top 15.  Well, in 2015, it gets the credit it deserves.

This is one of the most refreshing things I’ve ever eaten.  The balsamic is the best I’ve ever tasted.  The flavors meld in a way that’s utterly symphonic.

In short, everyone should try this dish at least once!

The mighty two-time “Food” & Garden “champ” has fallen.  My first serving in 2015 was cold and dry.  And, even though my second and, yes, third tries were much better, inconsistency was this one’s demise.

In fact, before I left Epcot, I finally found the best way to enjoy this former “king”.  Meet Billy’s Chilies Beer.  It washes any dryness of the bun and pork right down.

As in 2014, a pleasantly spicy dish.  The portion size was still quite generous.  The slaw was crisp and refreshing.

The only warning I would have is this … the spice on the tilapia tends to mix with the dressing on the slaw to produce a bit of an orange-colored splash hazard.

Be very careful.  I wasn’t … twice.  I ended up in the restroom washing orange “dots” out of my white polo.

I have to give Dennis Conroy of WDW Main Street most of the credit for this dish’s description.

After all, he called Florida’s shrimp and grits a “destination dish”.  What did he mean?  You can proudly tell someone to specifically visit Epcot’s World Showcase to sample this delight.

For my part, I don’t know where to start.  Generous sized shrimp, spicy andouille, crunchy vegetables, and phenomenal taste.  That’s what this masterpiece adds up to … all sorts of fabulous!

In truth, stealing the “thunder” from Dennis a bit, in my mind, any of “my” Top 3 dishes can be called a “destination dish”.  Botánico’s Colombian arepas surely qualified.

Its braised beef filling presented the best flavor in the entire festival, as far as my palate was concerned.  But, that’s not the only reason why it screamed to the top of my chart. 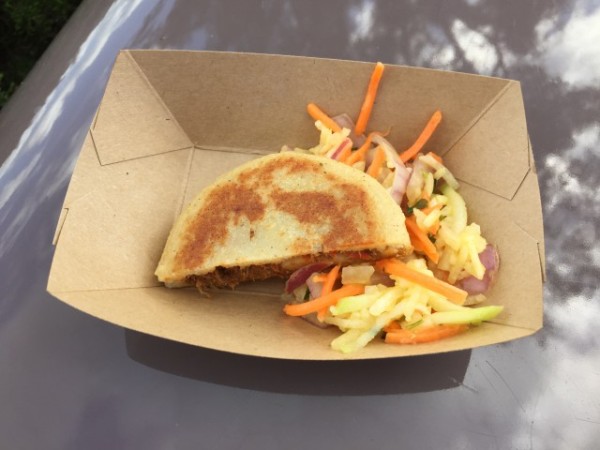 Mrs. All in WDW and I had the pleasure of sampling this delicacy while in the company of one of our friends – a young lady from Colombia.  Her verdict?  “Spot on perfect!” 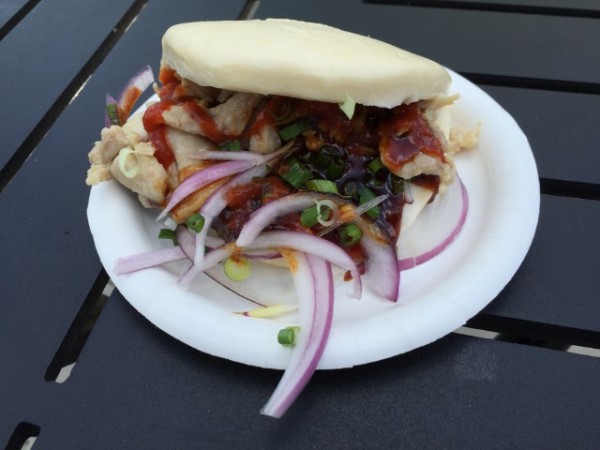 Going into the festival, I said … “This dish is my ‘dark horse’.  If you’ve followed me for long, you know that I just love China’s steamed buns.

In fact, according to my palate, their Mongolian Beef won the Epcot Food & Wine Festival in 2013.

I’m also quite fond of Kung Pao Chicken.  Kung Pao.  Steamed bun.  This one could be a big winner!”

Well, win big, it did!  If you ask me what one thing you should try at this year’s “Food” & Garden “party”, China’s steamed bun would also win my recommendation.  Hand’s down!