As Mrs. All in WDW and I get set to return to the “real world”, I’ve got one more day of delicious dishes to spill onto your dinner tables.

If you missed my item-by-item tour through Food & Wine yesterday, here’s a full re-cap!  Enjoy!

I said that I wanted Sanaa.  Well, Africa, you did it!  Incredibly tasty Buttered Chicken!

Just as good as Sanaa, I’d say.  The serving I got was a bit “soupy”, but that was just perfect.  After all, I had naan bread to soak up that delicious “gravy”!

When it came to the Dominican Republic’s Yuca Soufflé topped with Griddled Cheese, the cheese tasted great.  By itself, it would have made for a decent dish.  The soufflé, however, wasn’t very flavorful.  It was a bit lumpy. 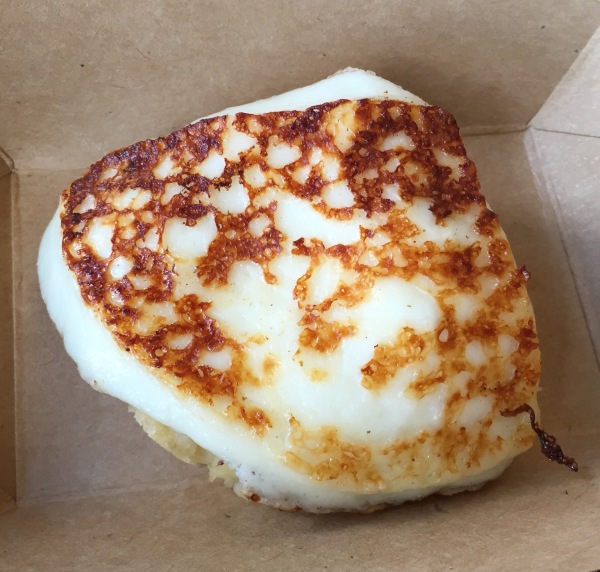 Mrs. All in WDW says that South Korea’s Barbecue Short Rib tasted salty.  I didn’t necessarily pick up on that, but we did agree that the meat was tough.

For me, I liked the flavor, as a whole, but I don’t have a pressing need to have it again.  Frankly, it looks better than it tasted.

I know a lot of Food & Wine fans aren’t fond of China’s steamed buns.  Having said that, the marketplace’s Mongolian Beef on a Steamed Bun was always a favorite of ours. 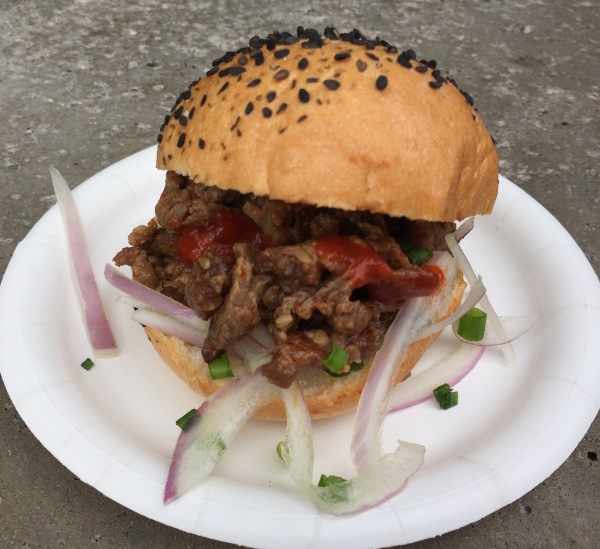 Exit the steamed bun.  Enter the sesame seed roll.  Pretty much the same meat fills this Gaoli Beef Slider.  With a steamed bun, this item could have contended.  Like this, it was just a good dish.

Like the Dominican’s soufflé, the “mash” in Brazil’s Layered Meat Pie with Mashed Yucca was a bit lumpy.  We also felt that the meat, itself, needed more “zing”.  It was kind of flavorless.

The cheesy mascarpone grits that accompanied The Chew’s Pork Spareribs were fantastic.  The ribs, themselves, were just all right.  A nice effort, but not a lot of meat for the price.  Pretty presentation, however. 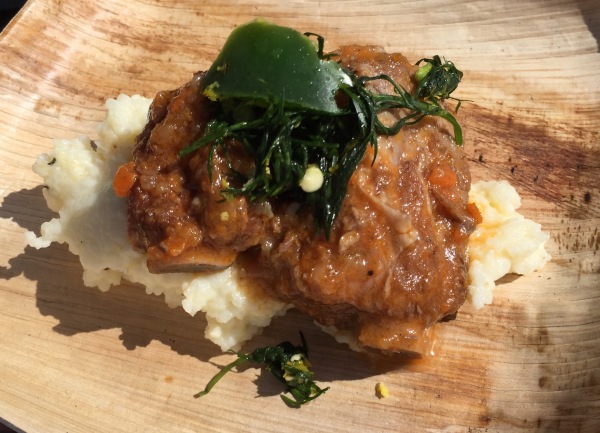 Likewise, another eye-appealing presentation.  As I feared, though, a lot of money ($6.25) for two little slices of New York Strip.  I’m sorry, Chew, it wasn’t worth it.

When I taste, and then really don’t like, something that I have pre-ranked for the festival (I’m looking at you, venison loin), I often sample a replacement.

The popularity, and triumphant(?) return, of Hops & Barley’s New England Lobster Roll made it a good candidate to become a substitute, in my mind.

It tasted good, but our conclusion was that it held way too little lobster on way too much bun.  It definitely was better than New Zealand’s venison, though!

So, there you have it, my friends!  All in WDW’s first “campaign” through the 2015 Epcot Food & Wine Festival is complete.

Now, we return to “HQ” … where we’ll crunch through mountains of data in an effort to re-order our pre-festival menu into the 2015 All in WDW Final Epcot Food & Wine Festival Top 25!  Look for it soon!