Hops & Barley was an unplanned stop for us, this year.  Initially, we had decided to pass on both their Grass-Fed Beef Slider and New England Lobster Roll.

In the end, we were enticed by the lobster.  It had a good taste, but it was way too much bun and way too little lobster, for our tastes.  Call it “Just OK”!

We heard stories, and saw pictures, later that suggested that Hops had stepped up their portion size.  That was great to see.  You have to be consistent, though, Epcot. 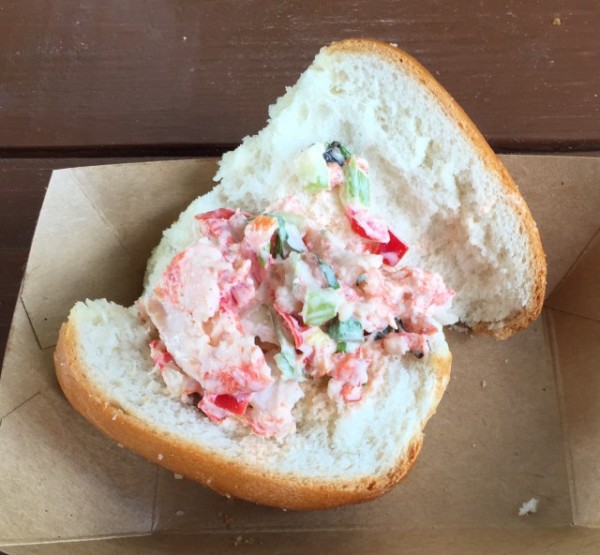 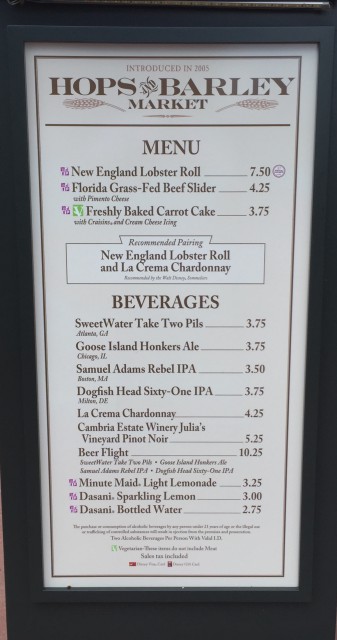