Folks, I want to thank you very much for following us the last few days.  I hope you’ve enjoyed the food you’ve seen in the scores of pics we’ve posted.

More important, we really hope you get a chance to come to Epcot and enjoy the festivities for yourselves!  It really is a great, great time!

Having said all of that, we have one last day of feasting to review, so let’s go!  What did we have on Day #4?

The only reason it didn’t make my Pre-Festival Top 20, however, was that I figured one stew – Scotland’s Lamb Stew – was enough. 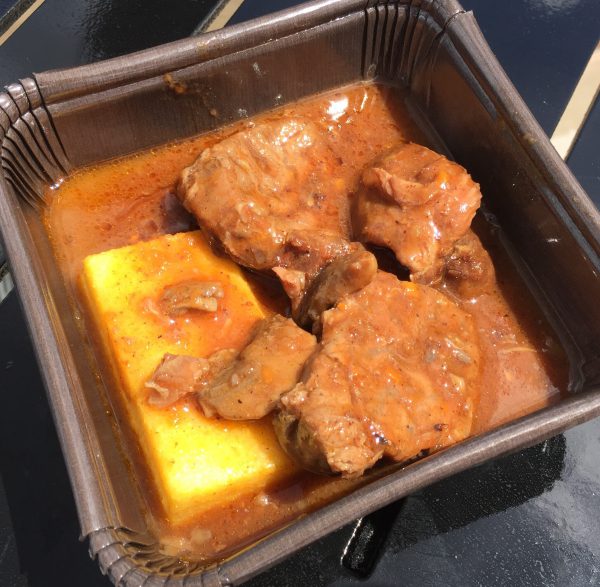 Boy, was I wrong!  I am so glad I ended up trying this.  The beef was the most tender I had all Festival!

I’ve been pretty critical of Italy in the past, so, in ways, I hate saying this, but, great job!

I think you would have to be an edamame “connoisseur” in order to enjoy (understand?) Japan’s Grilled Spicy Edamame.

We’ve had similar preparations before.  In fact, there used to be a restaurant across the street from where we live in Atlanta that served an outstanding spicy edamame.

As such, we feel “educated” enough to say that Japan’s offering was “Just OK”.

The beef in Mexico’s Beef Barbacoa Enchilada was fantastic!  With this, and their Battered Shrimp Taco, Mexico really brought their best this year!

I could have done without the corn tortilla, to be honest.  Given a plateful of this perfectly-seasoned beef filling, however, I’d be very happy!

When it came to the Gruyère and Cognac Onion Soup served by France, I have to admit … I was enticed by the words gruyère and cognac.

Hard to judge a soup when you’re eating it outdoors in 90+ degrees of Florida sunshine, isn’t it?

I’d say it was unique enough to be a good dish.  It just wasn’t a phenomenal dish.  In fact, I know I’ve had better onion soups.

Much the same as in past years, Japan’s sushi offerings are pretty good for an outdoor Marketplace.

I like the “spicy” in this Spicy Sushi Roll, but, then, I like spicy food.  Solid dish, Japan.  As always.

Italy’s Baked Ziti and Chicken Parmigiana was yet another very generous serving. 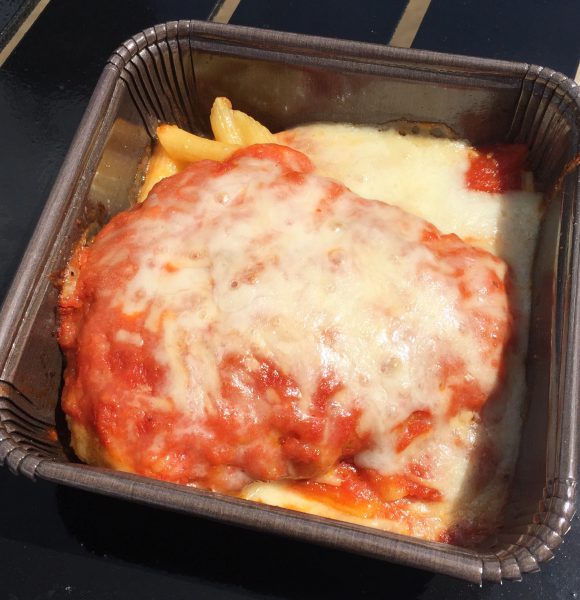 The last time I had a chicken entrée at Italy, they served a meager tenderloin.  Can you believe this dish includes a whole chicken breast?!

Wow!  The protein actually  “outnumbered” the pasta!  The sauce was pretty bland, but the item, as a whole, was worth having.

Well, my fellow foodies, there you have it!  Our initial “run” through Food & Wine ’16 is complete!

We’ll be back in late October, but, for now, it’s off to Atlanta.  Time to re-order the Pre-Festival Top 20 into its Final form.  That’ll be coming very soon!