Great work this past weekend, my friends!  Turnout was great, and voting was fierce and exciting!  I especially loved all the comments I saw on Facebook and on Twitter.

In fact, there was one spirited “Toy Story vs. Tower of Terror” exchange between the WDW Main Street Podcast (Doug Davis) and a listener that was epic!

So.  What did we achieve?  Well, if you have family and friends that ask you what they should target when they visit Walt Disney World’s studios, give them this list!

What a Hollywood “Icon”!  What a Favorite Attraction!  Folks?  The “champ” is back!  The ‘terrible tower’ has toppled the ‘toys’!  Poor Woody.  Poor Buzz.

Actually, my friends, Toy Story Mania! just barely (by one mere vote!) grabbed the tower’s “crown” in 2016.  In All in WDW history, it was Tower’s only loss … ever!

The 2017 WDW Fans’ Favorite WDW Attraction!  The Tower of Terror!

So, this undeniably dominant result prompts me to make this bold claim – The Twilight Zone Tower of Terror is worthy of being Hollywood’s park icon.  As a four-time park “champion”?  You bet, it is!

Do you agree?  Yes?  No?  Tell us in the poll below.  To be honest, however, I’m going to imagine that particular debate will swirl around the park until Star Wars (or, Toy Story) truly takes over.

Until then? You can’t take this away from the Twilight Zone … Tower of Terror?  You are the 2017 WDW Fans’ Favorite Hollywood Studios Attraction!

Join the whole gang at the pub as we discuss the latest news from around Walt Disney World!  Also, our good friend – Judith – joins us for a live trip report from Orlando.

Bob continues to rant about Coronado’s  ‘construction zone’ as well as the loss of many other Disney favorites.  Open up a cold one, folks, pull up a stool, and listen to our latest episode …

I’ll say one thing to kick off today’s final day of voting … I really admire our consistency.  As I said yesterday, the “cream” does rise to the top!

What do I mean?  Well, this is the 5th running of this particular tournament, and, with one exception, our historical “Fabulous Four” returns intact.

My friends, for the first time ever, Fantasmic! has missed its chance at the “championship”!  What?!

For four years, Hollywood’s fireworks “party” held off Star Tours – The Adventures Continue.  This year, the empire left Mickey and his friends in the dust.

So … how is today’s finale going to work?  You have to make ONE last choice.  Yes, my friends.  ONE.

Which one of these attractions do you think is worthy of the title – WDW Fans’ Favorite Hollywood Studios Attraction?  Now.  Are you ready?  VOTE!

Which Star Wars attraction survived yesterday’s 1st Round?  No big surprise.  It’s a bit of a Studios icon – Star Tours – The Adventures Continue!

Having said that, where does it leave us today?  Folks, we’ve created an “exceptional” eight – inclusive of seven “citizens” of Hollywood and one Imperial “star-cruiser”! 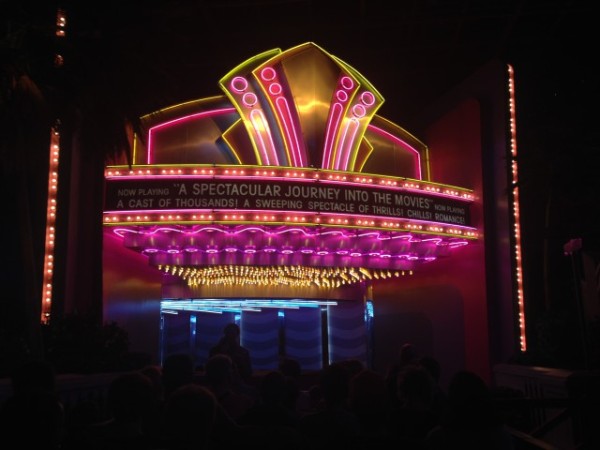 Like yesterday, your task today is to VOTE for your TWO favorites in each group.  FOUR votes in total, this round!

No “easy” choices today, my friends.  If you listened to …

… you’ll know that these attractions were our eight top-seeded Hollywood Studios options.  The “cream” does rise to the top!

Go ahead, everyone!  VOTE for TWO in each group.  The Top 2 in each group will meet up tomorrow in our “star-studded” finale!  VOTE!